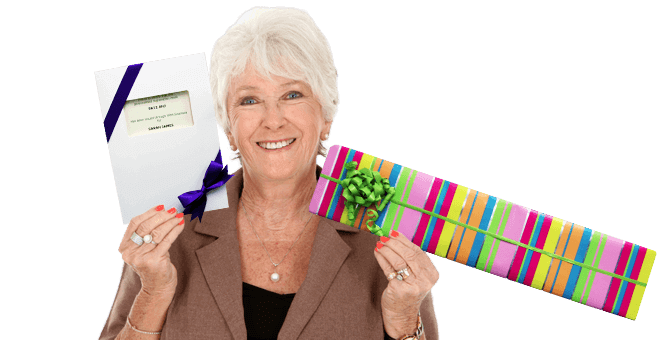 Plates4less kept everything a secret until Jackie's birthday, she was really surprised and delighted! 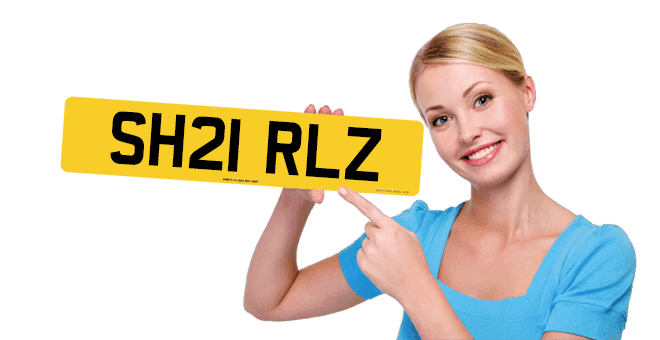 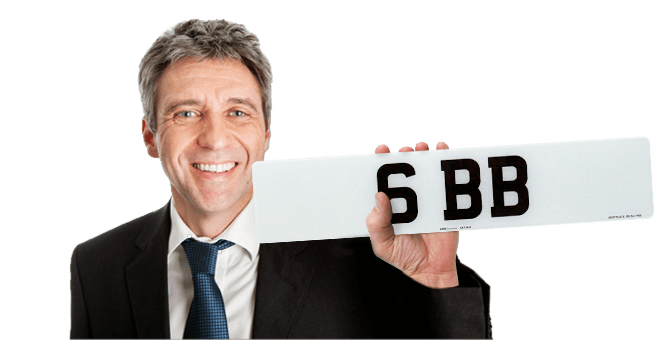 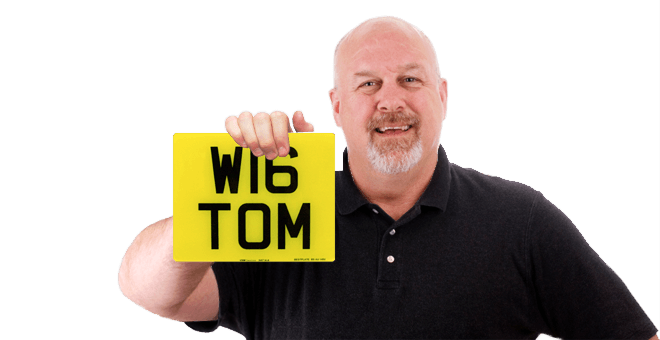 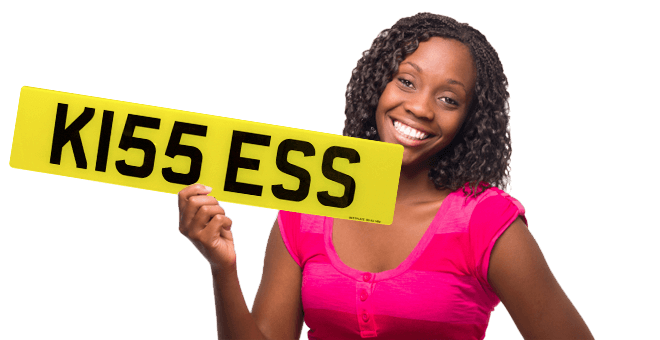 Love my new plate, thanks for making it so easy!

A brief history of number plates

The UK number plate system was introduced in late 1903 under the "Motor Car Act" with the registration "A1", debatably, being the first. Registration marks were issued in sequence and related to the geographic area they were issued. The registration system has undergone many changes since then and so this guide will help explain why we have different styles or registration and how they are used.

Due to the rise in traffic it became necessary for each vehicle to be easily identified and so the UK number plate system was introduced. The registration mark 'A1' was the first number plate issued in London. Registration marks would be issued in sequence and relate to the area of the country where the vehicles were registered. Each local DVLA office (formerly known as the DVLC) would have their own unique letter sequences that they would assign to newly registered vehicles. Dateless number plates were issued up until 1963 when they were replaced by Suffix style number plates.

Dateless style registrations do not refer to the year that a vehicle was first registered. This means that a dateless number plate can be re-assigned or transferred to any age of vehicle.

The lack of age restriction is the same as Northern Ireland registration marks which also date from the same era but are still being issued today. These are in more plentiful supply so they tend to be cheaper in price and can be easily identified as they always contain either a letter I or Z. The main benefit of dateless number plates and the reason why they are very popular is that they hide the ages of the vehicles that they are displayed on. More information on Irish style registrations can be found below.

I wanted a Dateless plate to cover the age of my vehicle and that would hopefully act as an investment. Plates4Less suggested BB 1967, BJB 808 and XOX 222.

Our Dateless Number Plates area is the most comprehensive in the industry, including lots of useful tools, check out these areas (these links open in new window):

Suffix style registrations were introduced by the DVLA in February 1963, as they were running out of dateless combinations to use, having already issued millions of vehicle registration marks across the country. It also increased customer protection since the key attribute of the suffix style number plate is that it would now be easy to identify the age of a vehicle. They use the structure BBB*A, where A is a letter which represents the period that the vehicle was first registered, and * is a one to three-digit number. This style is the reverse of its successor, the Prefix style, which follows the format A*BBB. Suffix style registrations cannot incorporate the letters I, Q or Z; O and U can only appear in the first three letters.

Suffix style registrations were initially released annually and were issued between 1st January and 31st December of each year. This changed with the introduction of the F-registrations on 1st August 1967, which started the annual release of registrations in the period 1st August - 31st July.

Plates4Less offered me SAL 19Y which was a great option for us.

Tom, searching for a present for Sally

Here are interesting areas for you to look at (these links open in new window):

Prefix style registrations were introduced by the DVLA in August 1983. They use the structure A*BBB, where A is a letter which represents the period that the vehicle was first registered, and * is a one to three-digit number. This style is the reverse of its predecessor the Suffix style, which follows the format BBB*A. Prefix style registrations cannot incorporate the letters I, Q or Z; O and U can only appear in the last three letters.

Prefix style registrations were initially released annually and were issued between 1st August and 31st July of each year. This changed with the introduction of the T-registrations on 1st March 1999, which started the bi-annual release of registrations in the periods 1st March - 31st August, and 1st September - 28th February.

I wanted a fun plate for my new car. Plates4Less found K155ESS for me which I love!

Amy, looking for a plate for her new car

The current format for UK registrations was introduced by the DVLA in September 2001. It uses the structure AA** AAA, where ** is a two-digit number representing the period that the vehicle is first registered. Current style registrations cannot incorporate the letters I or Q; and Z can only appear in the last three letters.

The current style of registrations will be periodically issued until 28th February 2051.

I was looking for a plate that spelled my name exactly. Plates4Less suggested the ultimate ‘Shirley’ plate, SH21RLZ.

Shirley, looking for the perfect plate for her name

Vehicles registered in Northern Ireland are assigned a form of dateless registration, introduced in 1903. These registrations follow the format AZ* where AZ is a two- or three-letter combination containing either an I or a Z, and * represents a number between 1 and 9999.

As of 2014, the DVLNI merged with the UK-wide DVLA so that all vehicle records and registration transfers are now handled by the DVLA here in Swansea. Now, registration transfers are completed a lot faster and are significantly cheaper than they previously were. All Northern Ireland style registrations are dateless and as such they do not refer to the year that a vehicle was first registered. This means that a Northern-Irish style registration can be assigned to any age of vehicle which has been registered in the UK.

Northern Irish registrations are easily identified as they will always contain an I or Z, and will always follow the 'dateless' style format of up to three letters, followed by up to four numbers.

I wanted to get my husband a unique gift. Plates4Less suggested DAZ 84 which is perfect as it’s his nickname and year of birth!

Ai, searching for a gift for her husband, Darren